Wine, the Aesthetic Experience, and a Bottle of Erath Vineyards Oregon Pinot Noir 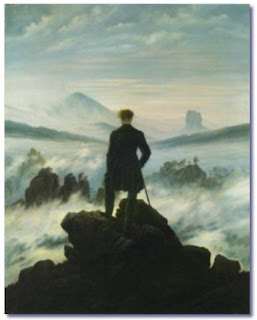 This post has been ruminating about the withering vestiges of my exam and paper riddled mind for a few weeks, and the time has come to expunge these inkling thoughts upon the world. Two recent, but disparate, experiences provided the impetus for writing on this subject. First was a debate I read on the merits or demerits of high alcohol wines and the effect that high levels of alcohol have on the flavour and quality of a wine. This debate has been trudging its way through the wine world for some time now, especially with announcements by California heavyweights Adam Tolmach (of Ojai) and Randy Dunn (of Dunn vineyards) that high levels of alcohol were ruining Californian wine and that they were subsequently going to revamp their wine making style, which had previously catered to the taste of American wine media. Now, this debate I read focused on two distinct perspectives. One, voiced by Vinography author Alder Yarrow, argued that high levels of alcohol were not inherently bad, but the impact of such levels on quality was rather a matter of perspective. Alder had recourse to neuroscience as propounding the view that sensual experiences are only factual on the base level of neuro-chemical responses and that our perceptions of these responses were largely contextual, relying on memory, emotion, etc.

Before I attempt an answer to this question I would submit your attention to a slight digression. A few nights ago I had the occasion to watch a fascinating film directed by Carlos Saura. The film, called Blood Wedding, was a flamenco adaptation of a Lorca play filmed in the early 1980’s. I have never seen dance put to film in such an excruciatingly beautiful manner. As part of this experience I was sipping on a glass (or several) of the 2006 Erath Pinot Noir, an old world earthy and fungal Pinot with very pretty notes of ripe cherry. “This doesn’t have tremendous depth,” I thought, “but it does offer great value for the price.” I incidentally noted a probable rating of very good+ and the cost of $33.

Yet, with a somewhat indistinguishable grin I knew that this wine was also more than that. As part of my experience with the film it added a layer of intensity and intoxication at the level of art before me. As the flamenco dancers glided through syncopated rhythms and quick cuts between feet, faces, and limbs, a flavourful red liquid somehow helped bridge the gap between me and the performers, offering a kind of gateway into the aesthetic experience of the film.

Returning to the original question, I am forced to ask whether either perspective has it right. I take the distinction between objective fact and truth quite seriously, and I doubt that any serious scientist would conflate these two distinct realms. So, each wine does have unique objective factual elements. Each wine has a chemical structure and a factual relationship between chemical elements. However, these objective elements become fused with the aesthetic experience as soon as their aromas skirt under my nose and their flavours tumble into my mouth. And, as I am inclined to German philosophy, an aesthetic experience according to Kant is a combination of both this objective moment and this subjective movement towards the object of experience.

Rather than thinking of wine as a normal object of perception that we interpret using our reason and our mental faculties, if wine is an aesthetic object it comes to us as much as we come to it. Our experience of wine relies on its formal and objective characteristics that guide our judgement. However, our experience is not solely one of determinative reason. It is also, mainly, one of reflection on what we are experiencing. Reflective judgment, rather than determinative judgment, rises from the notions that an object stimulates in our minds rather than from the conceptual data that we bring to the object. Memories, emotions, hints of something ‘more’ than what we can express – each of these forms part of the experience.

So I can sit down and drink a bottle of Oregon Pinot, describe its flavours and give it a rating. However, that same bottle can become part of my experience of a flamenco film that is objectively, inherently, unrelated to the wine. Both of these experiences inform what wine brings to our lives, and I find that debates about the relative merits of total subjective perception versus definable objective characteristics often misses the nature of the very experience they try to describe.