Foxen is as close to hippy as you get in California wine – a shack on the side of the road (they are building a new and fancier tasting room) these guys play unfortunate host to the Happy Hour crowd because of Sideways’ success. Nonetheless, they make some pretty interesting wine and I was happy to visit them, especially since it took me a good 30 minutes to drive there from my last winery through some absolutely stunning scenery. 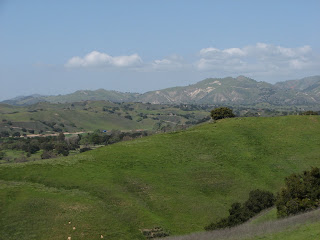 I got to taste 2 whites and 3 reds during my visit, starting with the 2007 Vogelzang Vineyard Viognier, which had a round and floral nose with notes of caramel and vanilla. The palate was quite powerful for viognier, and a bit alcoholic. I got plenty of orchard fruits, especially peach, and a dry finish. However, I found this too alcoholic (at 14.8% ABV) and fruity for Viognier. Good+ to Very Good. $25.

I was also disappointed by the 2007 Tinaquiac Vineyard Chardonnay, which was dry farmed and aged in 25% new oak. This Chard saw 100% malolactic fermentation and it showed with a nose of roasted hazlenuts and pineapple. The palate was rich and heavy with pineapple and peach. There wasn’t enough acidity in this wine, which gave the roundness of the fruit too much forwardness and not enough finesse. Good+ $32. 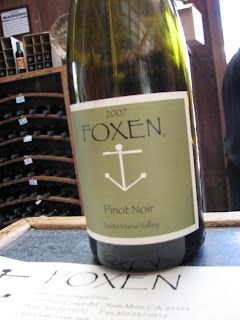 Luckily the reds provided much better quality and were lots of fun to boot, starting with the 2007 Santa Maria Valley Pinot Noir, which had a nose with tons of earth, spice and strawberry. The nose had lots of cool rock and earth components, but I could still feel the alcohol quite significantly, which detracted from the otherwise pleasant flavour profile. Very Good. $34.

I enjoyed the 2005 Range 30 West Santa Ynez Valley red blend with its 63% merlot, 25% Cabernet Sauvignon, 8% Malbec and 4% Petit Verdot. The nose was heavy on the black currant and mint, and the palate was filled with lots of plummy fruit, caramel and blueberry. Very Good. $35.

The best wine of the bunch was the 2006 Williamson-Dore Vineyard Syrah from the Santa Ynez Valley, which seems to be on a roll these days with high quality Rhone varietal wines. The nose here was smoky, minerally and filled with lots of rocks and soil. The palate was sweet up front, but opened nicely with earth on the finish. This is also a lot fruitier than the nose suggests with blackberry jam predominating. I think with a bit of age this will become quite good. Very Good. $44. 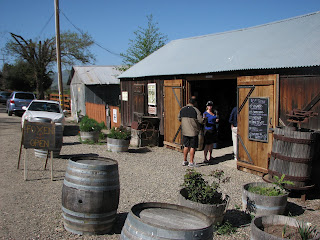 And that was the last winery of my wonderful day in Santa Barbara County before I spent many hours making the drive back to Berkeley. If you ever have the chance, I highly recommend a wine journey to Central California. It’s good value, down to earth, and has some stunning scenery.