The Costs of Youth, The Price of Quality: Building BC’s Wine Industry

In a recent piece I wrote on La Stella winery I lamented the price of British Columbia wines and put out a general request for information as to why the prices of BC produced wine seem so high. A few enthusiastic responses from various industry types prompted me to do some real research and get to the bottom of the pricing enigma. After some digging I found not only some very enlightening answers, but also real insight into the BC wine industry and its struggle for identity, quality, and market share.

To understand where BC is now we have to understand a little about where it came from. Before the ratification of the NAFTA and GATT trade agreements, British Columbia only had a handful of wineries making very low-quality wine from strange varieties of grapes. The recent international exposure of the “Cellared In Canada” controversy by Jancis Robinson actually harkens back to this pre “free trade” era in wine where it was common practice for local wine makers to blend internationally sourced fruit with Canadian fruit and a ‘dash’ of water and sell the resulting wine as a British Columbia or Ontario product.

With the advent of the Vinters Quality Alliance (VQA), which guarantees the origin of Canadian wines, BC wine producers started to focus more on quality and less on quantity and a quick buck. What the free trade agreements did was bring competition into the province and prompt the government to fund the uprooting of the old vines and the planting of the Vitis Vinifera varieties from Europe (Merlot, Chardonnay, etc.). Within the last 20 years or so the number of wineries in BC has exploded into the hundreds because of the modernization forced by the trade agreements. In fact, it is likely that we owe the breadth of our wine industry to the competition brought into the province from other countries. This competition forced old wineries to focus more on quality and gave a good reason for new wineries to fill the niche of quality 100% BC grown wines.

But this is only the beginning of the journey. Over the last two decades wineries have had to experiment, mostly on their own dime, in discovering how best to express the local ‘terroir’, or soil and climate conditions. What grapes grow best where? What are the best single vineyard sites and which plots have better potential for growing blending grapes? What are vineyard ‘best practices’ and what sort of winemaking techniques work for what sort of wines? And, the ultimate question, what is the best way for BC to find its vinous identity?

BC has yet to find its parallel to Oregonian Pinot Noir or Napa Cabernet Sauvignon. As a young wine region it is still experimenting with varieties and styles. And, this experimentation is expensive. While there are some government programs to aid in the creation of biodynamic farming and some research, the costs of figuring out the best grapes, the best plots, and the best clones are largely shouldered by the wineries. Unlike a region such as Bordeaux, BC wineries do not have hundreds of years of tradition to rely on and capital costs have not been borne by their ancestors.

Beyond the research issue there are three distinct reasons for the higher prices of BC wines: land prices, climate, and labour costs.

Land in the Oakanagan is expensive, very expensive. According to Rasoul Salehi, executive director of the Enotecca group of wineries, “a decent vineyard in Oliver, osoyoos and naramata goes for 150-180K per 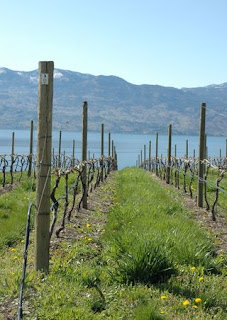 acre”. Bradley Cooper, winemaker for Township 7 and producer of his own Black Cloud wine, says “prices start in the 90K/acre [range] and go up from there. Recently, some vineyards were being offered for close to 120K/acre.” Comparatively, vineyards in South America or Australia cost as low as $5000 an acre, and even the best sites can be purchased for $50k an acre. Sonoma County vineyards, with their beautifully sunny climate, old vines and established reputation, can be purchased for between $70k to $90k per acre. Even next door in Washington state it is possible to buy vineyard land for $10k to $20k per acre. And, lest we forget, many of the wineries in Europe have been passed on from generation to generation within the same family, meaning the land was bought and paid for a long time ago.

What are the reasons for this high cost? Pressure from the retirement community, who see the Okanagan as a choice retirement destination, drives land prices up. Furthermore, there just isn’t as much land available in BC for vine growing due to natural conditions. Thus, despite my earlier skepticism about land prices, clearly they do play an important role influencing the prices that BC wineries have to charge in order to turn a profit.

Ask anyone in the world about Canada and their first response is usually some unclever remark about the cold weather. However, as Canadians we do understand the truth of this reputation for, even with its moderate climate by Canadian standards, lower British Columbia still has short growing seasons and the interior sees frost and snow earlier than any other wine region in the world. As Mr. Salehi explains, “harsh winters kill many vines that require replanting and it’s not [so] simple that you take old vines out and you put new ones in. There is much more to it than that.”

Unlike South America where labour costs are extremely low, or even California where many wineries use illegal Mexican immigrants to reduce labour costs, the cost of labour in BC is very high. Casual labour in BC costs about $13-$15 an hour compared to perhaps $5 an hour for an illegal immigrant labourer. At La Stella, Mr. Salehi explains that “in our particular case we hand pick in 30 lb picking bins and then double sort the fruit as opposed to dump the 1 ton macro bin into crusher and then tank. As a result we employ 14-16 people paid 13-15 dollars and we process 1 ton of fruit in 1.5 to 2 hours as opposed to process it like a typical winery that takes 10 minutes to process 1 ton, with 1 person not 14-16.” What does this mean? Making better wine is more labour intensive and requires more attention to detail. The result? Higher costs and, accordingly, higher prices. 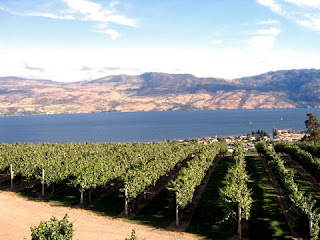 I’ve written about the legal framework that governs BC’s antiquated liquor distribution and licensing system, but I have not stated clearly enough how this impacts BC wineries. You might wonder why you can only get the best BC wines in private stores, VQA stores or directly from the winery but not at your local BCLDB. This sad situation exists because if BC wineries want to distribute their wines through the BCLDB stores, their customers will have to pay the extraordinary markup of 117% that BCLDB forces on all other wines they sell. By avoiding the stores, wineries can offer better prices to their customers. But at the cost of what? At the cost of distribution and exposure to the huge number of people who either don’t go to private stores or don’t even have the option to. Is this fair or reasonable? Isn’t the BC government supposed to support its wineries and not make it difficult and absurd to sell them at the government run liquor stores?

[NB CORRECTION: The BCLDB forces BC wineries to deeply discount sales to the BCLDB in order for them to acquire that 117% markup. Thus, wineries make more money selling to private stores, and if they want to sell through the BCLDB they have to either absorb the loss or increase the price of their wines. See Paul Rickett’s comment at the end of article for more details.]

Furthermore, because of the Importation of Intoxicating Liquors Act it is illegal for BC wineries to ship their wines across provincial borders and sell to consumers in other provinces. Al Hudec of the BC law firm Farris explains the legalities of this in his article “Reforming Canada’s Wine laws” where he states:

“Canada’s liquor laws are an 80 year hangover from the end of prohibition. They rigidly regulate every aspect of wine production, bottling, packaging, labeling, pricing, advertising and shipping. Canada’s federal Importation of Intoxicating Liquors Act, enacted in 1928, gives provincial liquor control boards monopolistic power and control over the importation, inter-provincial shipment, distribution and retailing of wine in Canada. Under this law, a friend from Calgary can share a glass of pinot gris on the patio overlooking Burrowing Owl’s vineyards in the south Okanagan Valley, but if she takes a bottle of Burrowing Owls’ highly acclaimed merlot back home across the British Columbia- Alberta border, she commits a federal offense. Similarly, a colleague in Toronto breaches federal law by purchasing a case of Quail’s Gate proprietor’s reserve pinot noir or Heidi Noble’s Joie Noble Blend on the internet for shipment to Ontario.”

This ludicrous situation exists because of an outdated bureaucracy that is more interested in protecting itself and its myopic views of how to build revenue than growing a local industry, creating an efficient modern distribution and licensing network, and probably in the end increasing the revenue poured back into government coffers. Why wouldn’t we want to reform this system? I hope for the sake of BC wineries that change is on the horizon.

Given the industry’s youth, the lack of old vines, time-tested methods and agricultural practices, and its massive start-up costs I can fairly say that I now understand why BC wines are so expensive. For me, even if competition from around the world is making better wine for better prices, understanding the challenges faced by the BC wine industry adds a level of depth and complexity that would otherwise be missing. And, even if pursuit of quality is expensive, I still believe that the industry cannot rest on its laurels or simply on local pride. Instead, it should aspire for more and always push to make the best wine possible for the best prices. With time, practices and techniques will improve, capital costs will be recovered and, hopefully, prices will drop. However, to achieve this goal, BC wineries really need a modernization of the liquor distribution system in the province, and the opportunity to sell and market their wine to Canadians who do not live in British Columbia. Doing so will help create a reputation for the industry and will further push quality improvements and price reductions. The more consumers are aware of the challenges and speak vocally about modernizing BC’s antiquated distribution and licensing system, the better chance there is that BC’s wine industry will not only continue to prosper, but will grow into an internationally respected brand.

“We can’t solve problems by using the same kind of thinking we used when we created them.” ~Albert Einstein